Jeff Thompson is the founding director of Baltimore’s 10:12 Sports, and previously founded both T48 Fitness and Urban Promise Academy (DE), where he also taught.   He is a graduate of the University of Delaware, where he was a Division 1 football player and excelled in academics.  Since moving to Baltimore in 2012, Jeff has been heavily involved in using sports and fitness to help shape and empower young men, while teaching them about the love of Christ.

Jeff currently lives with his lovely wife and three beautiful children in West Baltimore.  He and his family have chosen to intentionally live in the neighborhoods of the youth that they serve.  In his spare time, Jeff enjoys: fishing, weightlifting, playing sports, and going to outdoor concerts.

“Do what you HAVE to do today so that you can do what you WANT to do tomorrow.”  – Unknown

“No one EVER regrets working hard.” – Unknown

Delight yourself in The Lord and He will give you the desires of your heart. – Psalms 37:4 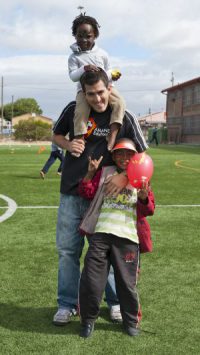 Ryan has been heavily involved in sports-based youth development for the past ten years. He led the development of a clubhouse and turf soccer facility in South Africa as the Director of Operations for the CTC Ten Foundation. He has been recognized as a co-founder of AMANDLA EduFootball and consulted for organizations such as streetfootballworld, Social Entrepreneur Corps, and love.futbol.

A Baltimore resident since 2013, Ryan is actively involved with his local church and enjoys live music, playing sports, and competing in triathlons.

God will not have his work made manifest by cowards. -Ralph Waldo Emerson

For to be free is not merely to cast off one’s chains but to live in a way that respects and enhances the freedom of others.  -Nelson Mandela

Dear children, let’s not merely say that we love each other; let us show the truth by our actions. Our actions will show that we belong to the truth, so we will be confident when we stand before God. – 1 John 3:18-19 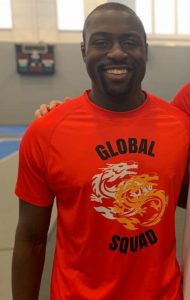 Herbie Brown has been heavily involved in youth sports for over five years. He is a graduate of Lancaster Bible College, where he was a Division 3 basketball player. He excelled on the court which led to opportunities playing professional basketball, and coaching basketball camps in over six countries. He also was heavily involved in the development of the program Global Squad which is the premier program for high school athletes seeking NCAA exposure.
This will be Herbie’s first year serving at 10:12 Sports, and he is excited to empower young men and share his love for Christ with others. Herbie enjoys: playing basketball, watching sports, bowling, and spending time with his family.
Favorite Quote:
No matter who or what we are, we must use our gifts to praise God.- James Moss
We are what we repeatedly do. Excellence, then is not an act, but a habit – Aristotle
Favorite Scripture:
Give thanks in all circumstances; for this is God’s will for you in Christ Jesus. – 1 Thessalonians 5:18 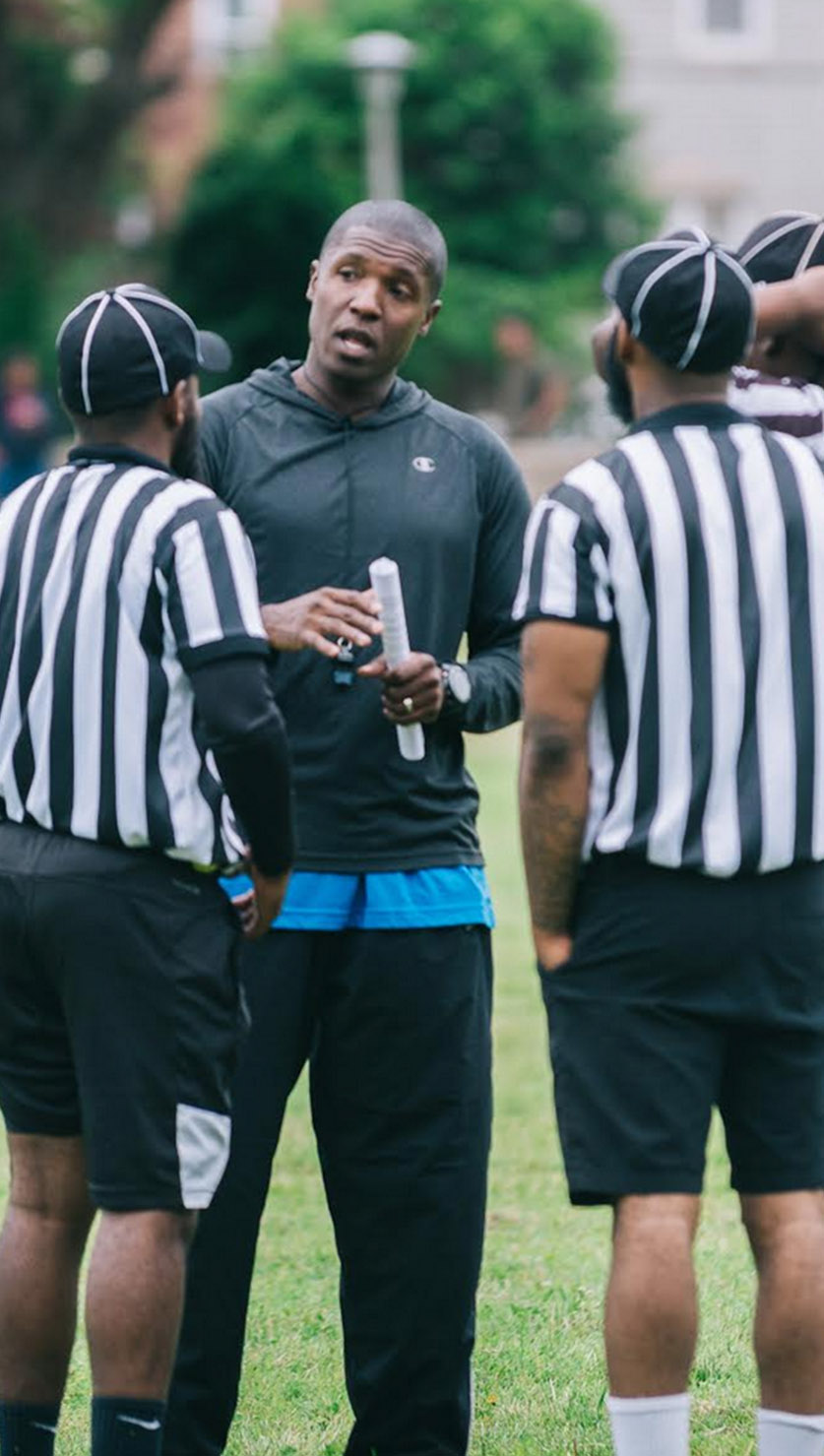 Nijui has been officiating for over 12 years.  He started his career on the youth filed, progressing up to High School, then on to college. He has a true passion for officiating in general. Though out his career, he has embraced the opportunity of meeting and building relationships with some of the top officials in the country along with a hosts of mentors.  Nijui is now in a position where he can give back and help train those who would like to potentially pursue a career in officiating.  Being trained and mentored by top officials he desires to help others who start and pursue their dreams of becoming an official.